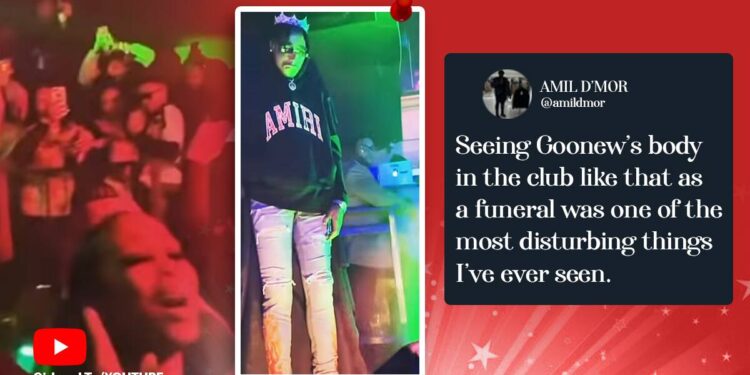 Netizens have been shell shocked after witnessing the use of an American rapper’s dead body as a prop at a funeral that took place at a nightclub.

Videos and photos from the event in Washington DC have left social media users freaked out online.

Rapper Goonew was murdered last month in a District Heights parking lot. His body was used as a prop at a dance party named ‘The last show’ on Sunday.

The dance party was organized by Goonew’s friends and families as a going-away party. Videos from the party show people singing and dancing as the singer’s body was on display.

A video of the event has gone viral on Twitter gathering over 2 million views.

Many netizens, who mistook the body for a mannequin, were shocked at the realization that it was the rapper’s actual dead body on the stage. Social media users have termed the event as disgraceful and creepy.

People have been in disbelief and creeped out by the incident and said the use of the dead body was disgraceful.

After the online backlash, the club that hosted the event has clarified their position in an Instagram post on Monday.

The post read “Bliss was contacted by a local funeral home to rent out our venue for Goonew’s home-going celebration. Bliss was never made aware of what would transpire.” 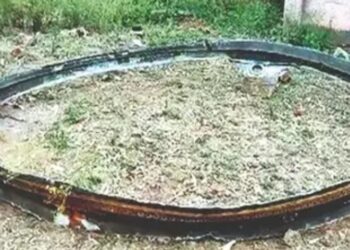