Finance Minister Miftah Ismail has criticized former Pakistan Finance Minister Shaukat Tareen, who belongs to Tehreek-e-Insaf, after the audio of his conversation with the finance ministers of Khyber Pakhtunkhwa and Punjab was leaked.

On Monday, Pakistan’s private TV channels aired the audio tapes of the conversation, while Tehreek-e-Insaf leaders called the phone recording illegal but defended the conversation.

Describing the audio as a conspiracy against the country, he said, “You have crossed all the limits and have committed a depraved act.”

He also said that the question that Mohsin Laghari asked Shaukat Tareen in the audio regarding the ‘loss of the state’ should be asked by PTI to its leadership as well.

Tehreek-e-Insaf leader Asad Umar said in a press conference in Islamabad that “there is nothing in the audio call of Shaukat Tareen that is being raised”. He is telling the finance ministers in the call that you guys should tell the federal government to demand from the IMF that it is not a normal situation due to floods, so give concession. Isn’t that a good suggestion?’

He said that “Prime Minister Shahbaz Sharif is asking for help from the whole world, so we should ask the IMF to give enough space for flood expenses so that we can use our own money.”

Asad Umar said that Shaukat Tareen’s audio was cut and pasted. They have been doing cut-paste work in audio before.

Tehreek-e-Insaf leader Shireen Mazari also confirmed this audio call in one of her tweets and wrote that the audio call of Tareen and the provincial finance ministers was leaked. There is nothing illegal or wrong in the conversation. We have publicly opposed the terms under which the imported government is borrowing from the IMF. But wiretapping conversations without a court order is illegal.

Shaukat Tareen can be heard saying to Punjab Finance Minister Mohsin Leghari that ‘the commitment given to the IMF of 750 billion, now you have to say that the commitment we gave was before the flood. Because we will have to spend a lot of money. Now we will not be able to fulfill this commitment.

Mohsin Leghari asks Shaukat Tareen that ‘there will be no harm to the state by doing this?’

In response to which Shaukat Tarin says after a little hesitation that ‘the loss will be obvious but the state is also suffering from what they are doing with your chairman (Imran Khan)’.

Stating the reasons, Shaukat says that the federal government is making terrorism cases against us. We will make such a scene that it is not seen that we are harming the state.

In the second audio tape, Shaukat Tareen is giving similar instructions to Khyber Pakhtunkhwa Finance Minister Taimur Zafar Jhagra that the excuse of floods should be placed first in the letter. On which Taimur Zafar Jhagra says that this is a blackmailing strategy, I will not leave a single rupee.

Shaukat Tareen says that ‘write the letter first and then we can hold a press conference as well.’

It should be remembered that the final meeting of the IMF to release one billion dollars of funds to Pakistan is also being held on Monday. The government of Khyber Pakhtunkhwa has informed the federal government that it will not bear the financial burden on the province as a result of this deal, but no such announcement has been made officially by the Punjab government.

Shaukat Tareen can also be heard saying in these audio tapes that the only option left to the federal government when the provinces refuse is to come up with another mini-budget and increase taxes further.

Famous Exes Who Decided To Work Together On TV Shows And Movies, Even After Breaking Up 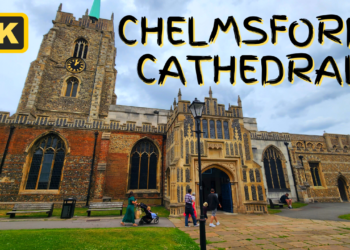