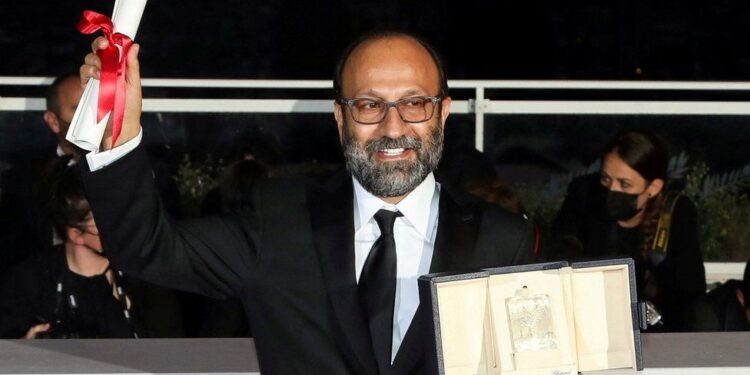 The Oscar-winning Iranian film-maker Asghar Farhadi has been summoned to appear in court in Iran over accusations of plagiarism.

A former student of Farhadi, Azadeh Masihzadeh, claims he stole the idea for his latest film, A Hero, from her documentary, All Winners All Losers.

He denies this, saying that he researched the story independently.

Farhadi won Academy Awards for Best International Feature for A Separation, in 2012 and The Salesman in 2017.

A Hero won the Grand Prize at last year’s Cannes Film Festival but missed out on an Oscar nomination.

The film follows Rahim, portrayed by Amir Jadidi, a divorced father of a young boy who is imprisoned in Iran because of a debt he was unable to repay. During a two-day temporary release he is praised by the authorities and media for returning a handbag filled with gold coins to its rightful owner. However, he soon begins to come under suspicion.

In January, he told: “It’s really hard for me to try to go back and remember what the genesis was, what triggered this story. Many of these stories develop in your mind subconsciously, gradually start to take shape, and an impulse for a script grows.

“This one goes back 12, 15 years maybe, when I used to collect local newspapers and work with my students to investigate these kinds of stories.”

However, Masihzadeh accused Farhadi of stealing the story from All Winners, All Losers, which she researched during a documentary workshop the director taught in 2014 and which was screened at an Iranian film festival in 2018.

Farhadi denied the allegation of plagiarism and filed a countersuit accusing Masihzadeh of defamation.

On Monday, Masihzadeh told the Hollywood Reporter that a media court in Tehran had dismissed the defamation suit, ruling that there was insufficient evidence to support Farhadi’s claim.

She said she was “relieved” by the ruling but “not happy because I respected Mr Farhadi a lot as my master”. “Sometimes, I think I should never have [spoken out] in the first place,” she added.

The court also found that there was enough evidence to issue a summons for Farhadi to answer allegations of copyright infringement.

The director’s lawyer, Kaveh Rad, wrote on Instagram that the case would now be re-examined by a criminal court and, potentially, an appeals court.

“This summons is not the court’s final verdict but part of the process,” he stressed.

Mr Rad also said the court had dismissed a claim from Masihzadeh for a share of film’s revenues as well a defamation suit by a former prisoner who said the story was based on their life.